An Evening of Broadway with Caitlin Warbelow and Jenn Colella – 2.24.20 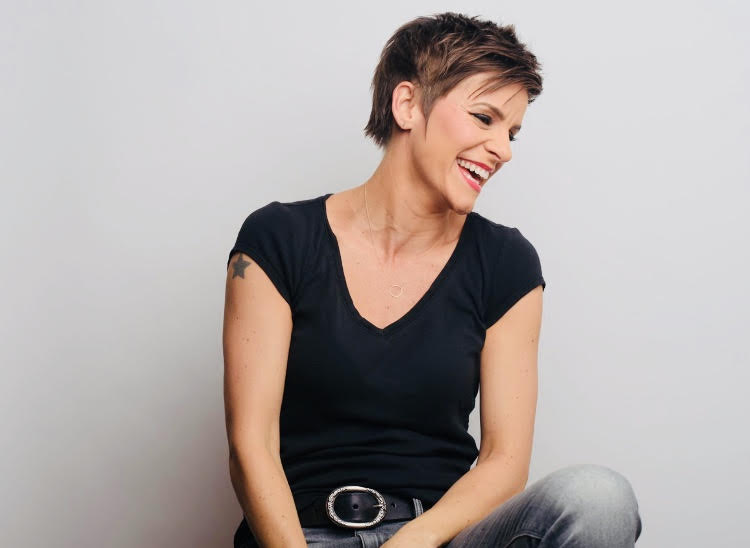 co-sponsored by the UAF Department of Theatre and Film.
Our thanks to them and to Brad Keithley, Jack and Carol Wilbur, Ginger Carroll… and you!

Jenn Colella, Broadway star, is coming here to perform Monday, February 24th with Caitlin Warbelow and members of the Broadway production of Come From Away!

Jenn just stepped down from starring in the Tony Award-winning smash hit musical in a performance that garnered her 2017 Outer Critics Circle and Drama Desk Awards and a 2017 Tony Award nomination for Best Featured Actress in a Musical, as well as Craig Noel, Helen Hayes and Dora Awards for pre-Broadway productions of Come From Away.

Appearing with her will be Caitlin Warbelow, James Yoshizowa, Music Director Chris Ranney, and Nate Lueck all from Come from Away

About the show:
You can count on the evening being filled with Broadway hits from classic and modern shows alike (including Come From Away), as well as familiar pop/folk songs.  It’s all extremely exciting material and Jenn’s got a powerhouse voice. Her repertoire sways to the more modern shows but there will be songs from modern classics like “Funny Girl”, “Anyone Can Whistle”, maybe even “Cabaret”. This will be solo Jenn with a 4-piece band – all musicians from Broadway’s Come from Away.

Jenn was nominated for a Tony award for her role as Beverley Bass in Come From Away – the show tells the story of 38 planes that were diverted from US airspace on 9/11 and forced to land in a tiny town in Newfoundland, Canada.  Beverley Bass is the first female airline captain for American Airlines, and in the show Jenn sings a wonderful song called “Me And The Sky” which is taken directly from interviews with Captain Bass.  (and yes, she’ll sing it)

We’ll again be offering a killer auction package for two house seats to Come From Away (Value: $300 each), a $150 gift card to a nice NY restaurant and a backstage visit (including a photo kissing the Broadway fish). Say Hi from us!

How can you attend?

Click the “Donate to Attend Button” below. Before submitting your contribution, please enter the number of tickets needed with the word BROADWAY in the Personal Note field of the optional Dedication Information section on the bottom of the form.

You can also call us at 474-8081 with your contribution and let us know you’d like to attend!

Help the next Caitlin Warbelow fly!

While here, they will visit North Pole and West Valley High Schools and give a workshop for aspiring actor/singers at UAF. Part of our Education Partnership Program this project supports!

3:30 PM Sunday, February 23, at the UAF Lab Theater, Jenn Colella and Music Director Chris Ranney will provide a workshop for actor/singers. Fee for the workshop is $40 but free to Theater UAF and Music Department students.
Jenn says: my class will be “Acting a Song.”  The participants I work with will need to have 16 bars prepared.  All of those who get up to work need to be actors and singers.

The fee goes to support Theater UAF and FCA Education Partnership Program. Spaces for this opportunity are limited.

Jenn Colella / VOCALIST recently starred in the Tony Award-winning smash hit musical Come From Away as ‘Beverley/Annette and others,’ in a performance that garnered her 2017 Outer Critics Circle and Drama Desk Awards and a 2017 Tony Award nomination for Best Featured Actress in a Musical, as well as Craig Noel, Helen Hayes and Dora Awards for pre-Broadway productions of Come From Away. She has been previously seen on Broadway in If/Then, Chaplin, High Fidelity and Urban Cowboy (Outer Critics Circle Award nomination), Off-Broadway in Beebo Brinker Chronicles, Lucky Guy, Slut and Closer Than Ever. Jenn’s select regional credits include Come From Away (La Jolla Playhouse, Ford’s Theatre, Toronto), Peter Pan (Sacramento Music Circus & PCLO) and Side Show (Kennedy Center). TV credits include “Feed the Beast,” “Elementary,” “All My Children,” “Rescue Me,” “The Good Wife,” “The Code,”  “Madam Secretary,” and “Evil.”  She has been seen on film in Uncertainty. Jenn Colella is an MFA Acting graduate of UC Irvine.

Nate Lueck / ACOUSTIC GUITAR/MANDOLIN/BOUZOUKI A Canadian born multi-instrumentalist and composer, performance credits include artists such as Dave Monks (Tokyo Police Club), Emily Kinney (The Walking Dead), Drew Gasparini and Ron Pope, as well as direct support for Meatloaf and Ted Nugent. Theater projects include Honestly Abe Off-Broadway and regional productions of Hair and RENT. Nate also writes and produces music for a variety of artists and entertainment companies. He is an alumnus of Grant Macewan University and Berklee College of Music. www.natelueck.com
Chris Ranney / ASSOCIATE CONDUCTOR Originally from Washington State, Chris now resides in New York and is serving as the Associate Conductor of the hit Broadway musical Come From Away. In his time off from the show, Chris works as a musical director for readings, workshops, and recording sessions all around New York, and also dabbles in traditional Irish button accordion. Chris has also worked extensively at Seattle’s acclaimed 5th Avenue Theatre and Village Theatre as a musical director, conductor, and pianist. University of Michigan graduate. Broadway: A Christmas Story. Regional favorites include: Paint Your Wagon, How To Succeed In Business Without Really Trying, Jasper in Deadland, A Chorus Line, A Room With A View, Spamalot, RENT, Oklahoma! (5th Avenue Theatre, Seattle). Numerous other productions all around the Pacific Northwest. Proud graduate of The University of Michigan.

James Yoshizawa / PERCUSSION James Yoshizawa is a versatile drummer, percussionist, and educator. He holds a B.M. in Percussion Performance at the Bob Cole Conservatory of Music (California State University, Long Beach). He began his musical training at age 11 playing in a Japanese folk music ensemble as well as his middle school marching band and orchestra. Soon after becoming involved in the school music programs, he began to teach himself to play the drumset, which is now his primary instrument. An active performer, he will be familiar through his appearances with the Fairbanks Summer Arts Festival 2013 – 2017.
Skills Posted on