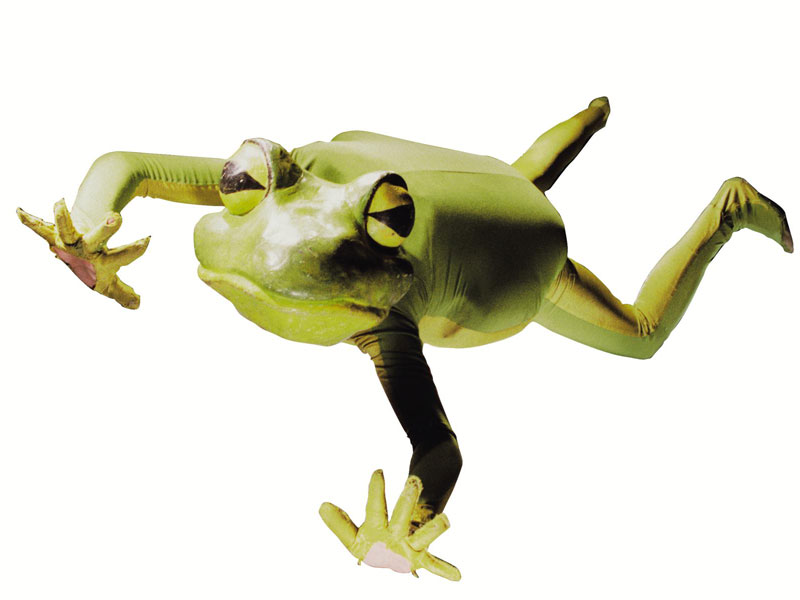 Carol Triffle and Jerry Mouawad, the creators of Imago, have been called alchemists, magicians, theatrical animators, and physical comedians.

Defying classification, they have populated the stage with characters and beings such as comedic amphibians, acrobatic larvae, circus boulders, and metamorphosing humans in works which tantalize the senses, the intellect, and the passions. From adaptations of classics to excursions into vaudevillian existentialism, Imago’s repertoire is as vast as the forms they shape. With commissions for stage, film, and television, Imago blurs the lines of the expected to break new ground, exploding performance boundaries yet maintaining humor and humanity.

Imago Theatre tours internationally while also producing a season at its home base in Portland, Oregon. The company’s critically acclaimed productions FROGZ and ZooZoo have played at the prestigious New Victory Theatre on Broadway.

“A mastery of mime, dance and acrobatics.” – New York Times