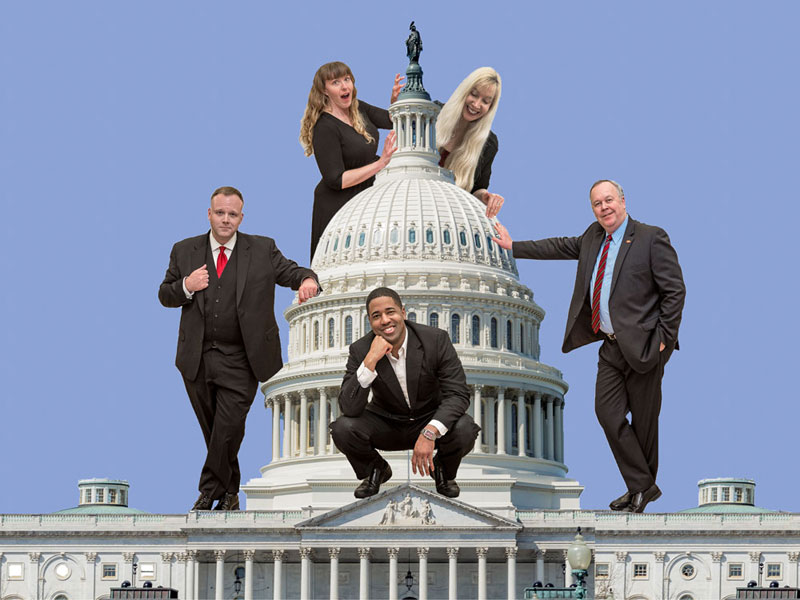 Make America Grin Again! We’ve never needed them more. No matter who or what is in the headlines, you can bet the Capitol Steps will tackle both sides of the political spectrum and all things equally foolish. What more would you expect from the group that puts the “MOCK” in Democracy?! Take a holiday from political acrimony and enjoy a good laugh as the Cap Steps returns to Fairbanks.

The Capitol Steps began as a group of Senate staffers who set out to satirize the very people and places that employed them. The group was born in December, 1981 when some staffers for Senator Charles Percy were planning entertainment for a Christmas party. Their first idea was to stage a nativity play, but in the whole Congress they couldn’t find three wise men or a virgin. So, they decided to dig into the headlines of the day, and they created song parodies & skits which conveyed a special brand of satirical humor.

In the years that followed, many of the Steps ignored the conventional wisdom (“Don’t quit your day job!”), and although not all of the current members of the Steps are former Capitol Hill staffers, taken together the performers have worked in a total of eighteen Congressional offices and represent 62 years of collective House and Senate staff experience.

Since they began, the Capitol Steps have recorded over 35 albums, including their latest, Make America Grin Again. They’ve been featured on NBC, CBS, ABC, and PBS, and can be heard twice a year on National Public Radio stations nationwide during their Politics Takes a Holiday radio specials. 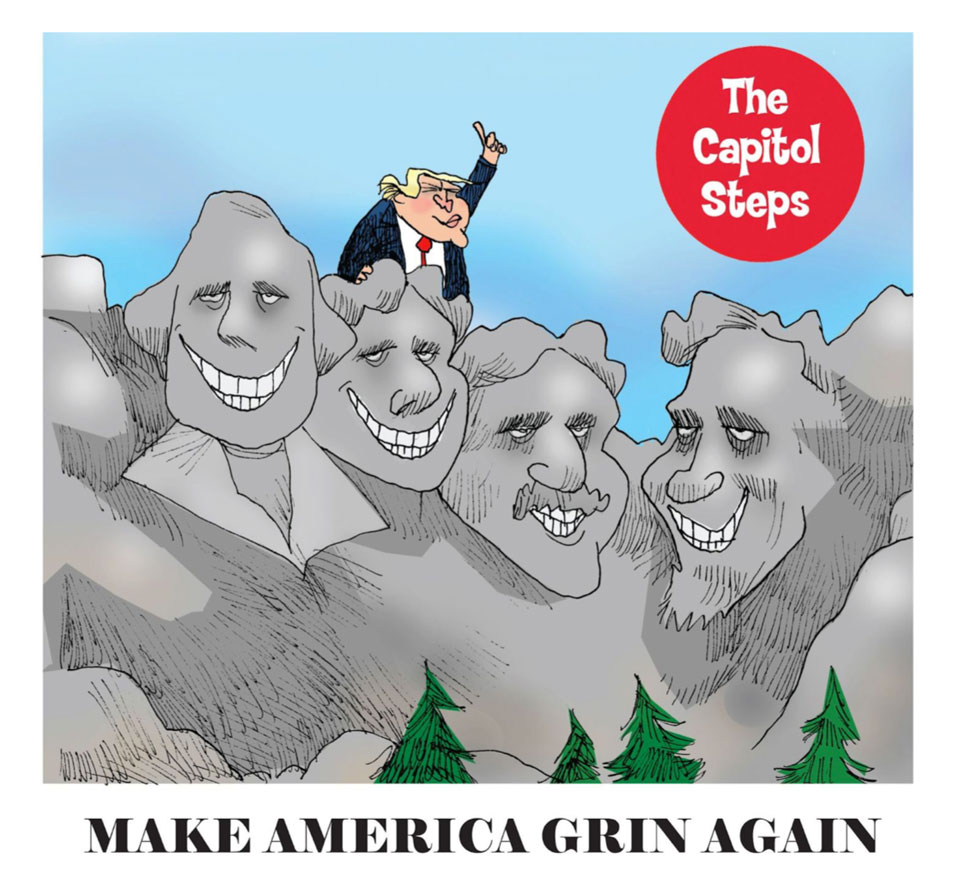